The Rehoboth Art League is running a monthly series of pairings where members are invited to submit recent work to be displayed in the gallery with works from the collection. When I first heard about it, I glanced through the works and found nothing inspiring. About a week ago, I got an e-mail reminder saying that they were still taking applications for December, so I took another gander. This time two of the works stood out.

So, then I went through my framed work from the past 2 years and opened .jpgs on my computer along with the two images from the collection–about 12 total images on screen. I left it open for a couple hours while I worked on some crochet projects and paperwork. One by one I dropped out images and enlarged the remaining ones until I had my final selection.

Here is my proposal: 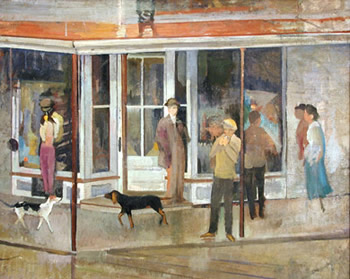 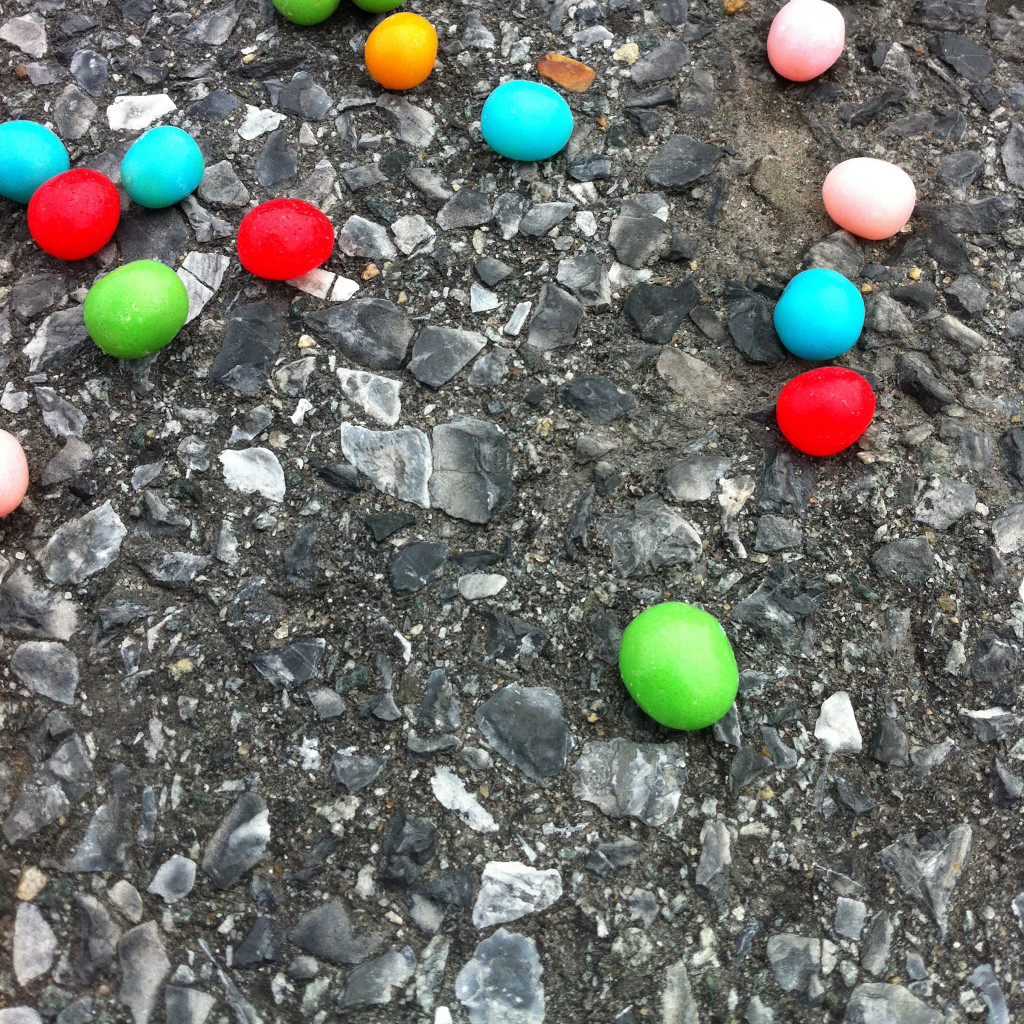 These two works come together as depictions of street life, titled appropriately to indicate the urban setting. However, it is their perspectives of the city that differ the greatest. Leach’s perspective is scenic of a corner at an intersection. Metz on the other hand is a macro work of still life. Although both highlight a study in forms where multiple rounded organic shapes in the foreground contrast against strikingly sharp, linear angles and planes in the backgrounds.

The tones differ as well. The feel of Leach’s painting is decidedly warm and friendly with subdued earthy tones and a brown-colored street. Metz’s photograph depicts a much starker street in the black and grey tonal blacktop aggregate. Metz’s street also has a much higher contrast in color with the bright candy floating across the surface to further differentiate the tonal variance.

The differences in feeling originate with the medium: Metz’s more modern work is a digital photograph and Leach captures a nostalgic moment in the traditional oil painting. The cooler emotional response to Parking for Candy Only could also be to the lack of human and canine pedestrians that are present on Corner Market and David.

Coming back to the perspectives of each, we can explore the points of view. In Leach, the reflections on the windows and the streets allow the viewer to examine different parts of the work. Also, the direction of each person’s face and canine gait allows us to ponder the various perspectives of the piece. Metz’s digital photographs, though, require three different frames to explore the various angles of the subjects. Each photograph allows the viewer to ponder a different perspective.

I am proud to say that of the 4 photos I submitted to the fall art show, one was indeed selected and hanging at the CAMP Rehoboth Community Center! CAMP is in downtown Rehoboth on Baltimore Ave and now that the parking meters are down it is the perfect time to check out the beachside town. You may remember this photograph from the Summer Streets exhibit in Newark this past summer. I chose this photograph because it was a favorite.

Check out all the pictures here.

The Gallery is located in the downstairs of the building in the lobby area:

I look forward to seeing you at the CAMP Art Show! 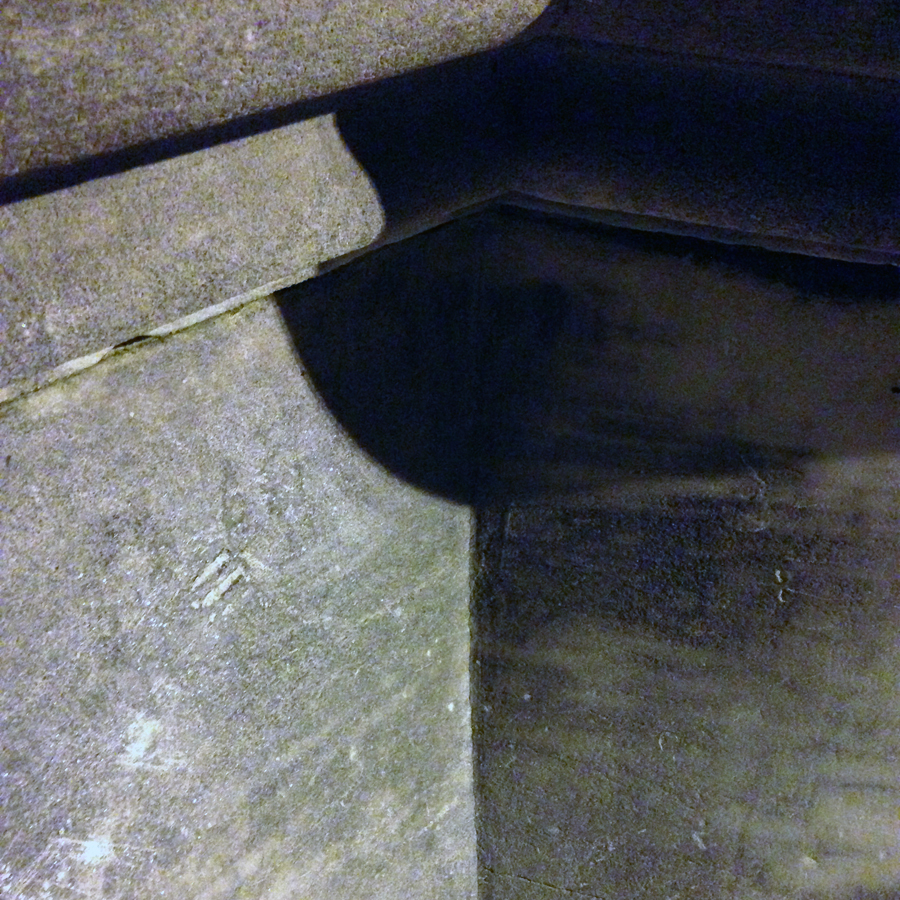 I captured Soldiers’ and Sailors’ Monument on Riverside Drive in New York City one night in late summer.

About a week ago, I officially opened my first exhibit: SUMMER STREETS. During the reception, I conducted a gallery talk about my creative process and some of the key images from the show. The entire collection is 25 images of my original street photography taken during the summer months. I included some images from my yellow study last summer that overlapped with the street theme to create a well balanced solo exhibit. Be sure to watch the video above and let me know what you think! I truly hope you enjoy hearing about my work and look forward to sharing more videos soon.

All images shown are for sale, and I am taking orders for prints if you prefer unframed photographs. Click here for a full listing of images, sizes, and prices. All framed pieces are customs frames with conservation plexiglass to protect the full color photographs.

The exhibit is on display from June 4 – 29th in Newark, DE at the Terry Foreman Gallery in the Newark Arts Alliance (NAA).

And, don’t forget to subscribe to my newsletter to stay up to date on all events like this one! **The link is on the right-hand menu bar.** Many thanks to everyone who came out to show me support on the 7th and continued blessings. I am so grateful for all of your support!

I can hardly believe that it’s happing next week! My debut exhibit is finally about to happen. I think back on the number of hours I’ve spent with my camera and Photoshop and how long I didn’t do anything about it. I’m so grateful that my work is enjoyed by so many people! In preparation for the showing, I’ve gotten some press about the exhibit. Here is a nice write-up on Delaware Scene:

It is free to attend opening night, June 7th from 6-8PM, so bring a friend and see the work up close!

The show consists of 25 street photographs and includes selections from my yellow study.

It’s not very often that text, copy, or any sort of word makes a statement in my photography. Alphanumerics tend to be incidentals.

Behind the work is a different story, though. My favorite brainstorming is mind-mapping: connecting words and phrases in a correlative spiderweb of an idea. Most recently, my idea is translucency. While looking at my photographs in that body of work, the word comes to mind in a subtle way. This use of words is different that the advertising described by George Lois.

The idea that really stands out to me in reflecting on Lois’ first commandment in relation to my own work is the interplay between words and images as a form of communication. Even if my photographs do not include words, when we view them we think in words. There is a translation that occurs when viewing art. Because to say, write, or otherwise express our reaction and feelings about one of my photographs we use words. Furthermore, anytime I submit a body of work I am asked to include an artist statement: words that describe the visual image. At first, I dread writing down the words that would appear to seal the fate of the associated photographs. As I work through my writing process, I try very hard to maintain a sense of open-endedness. My interpretation in the artist statement is never designed to me the final comment.

So yes, the word does indeed come first. 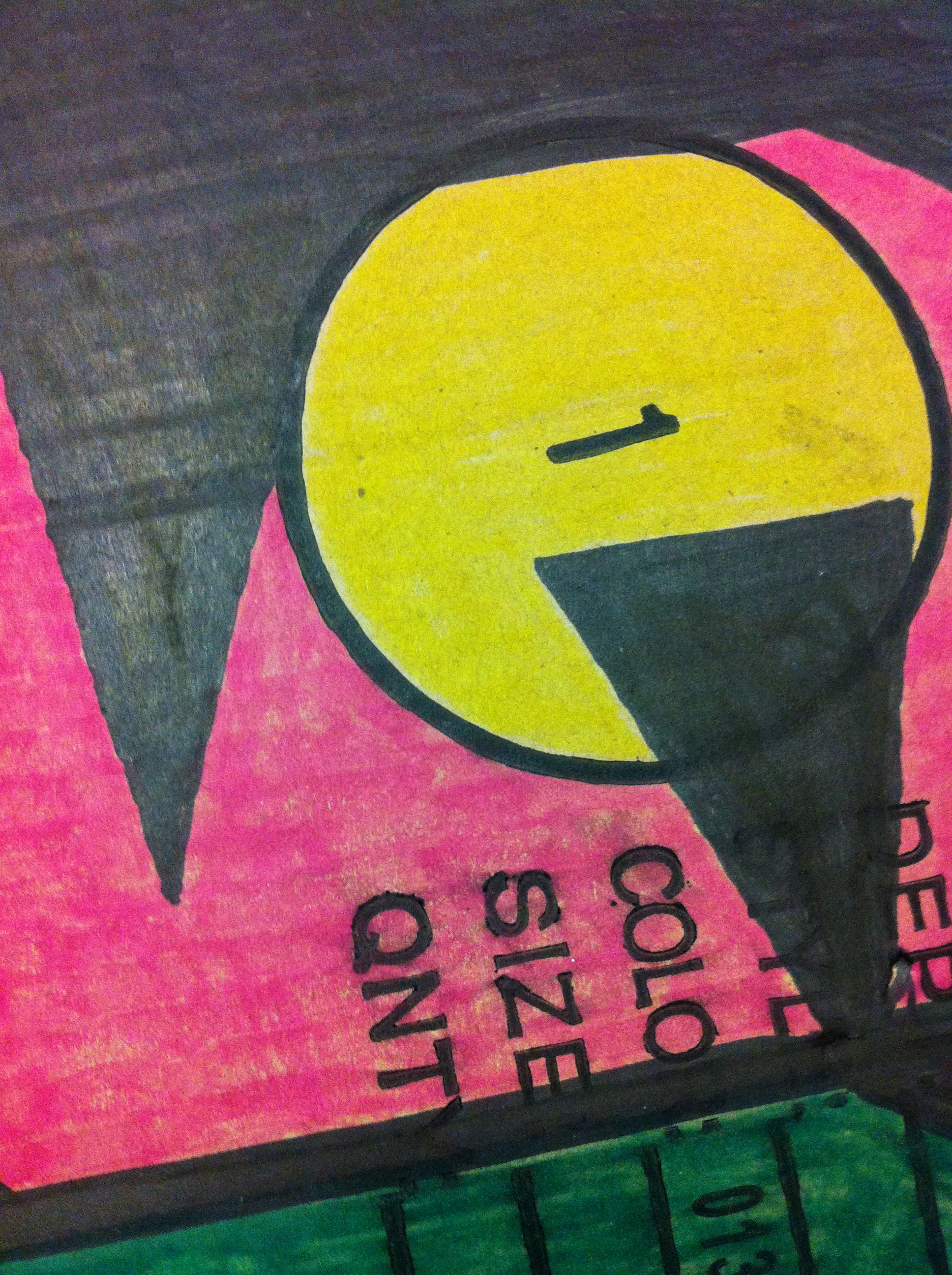 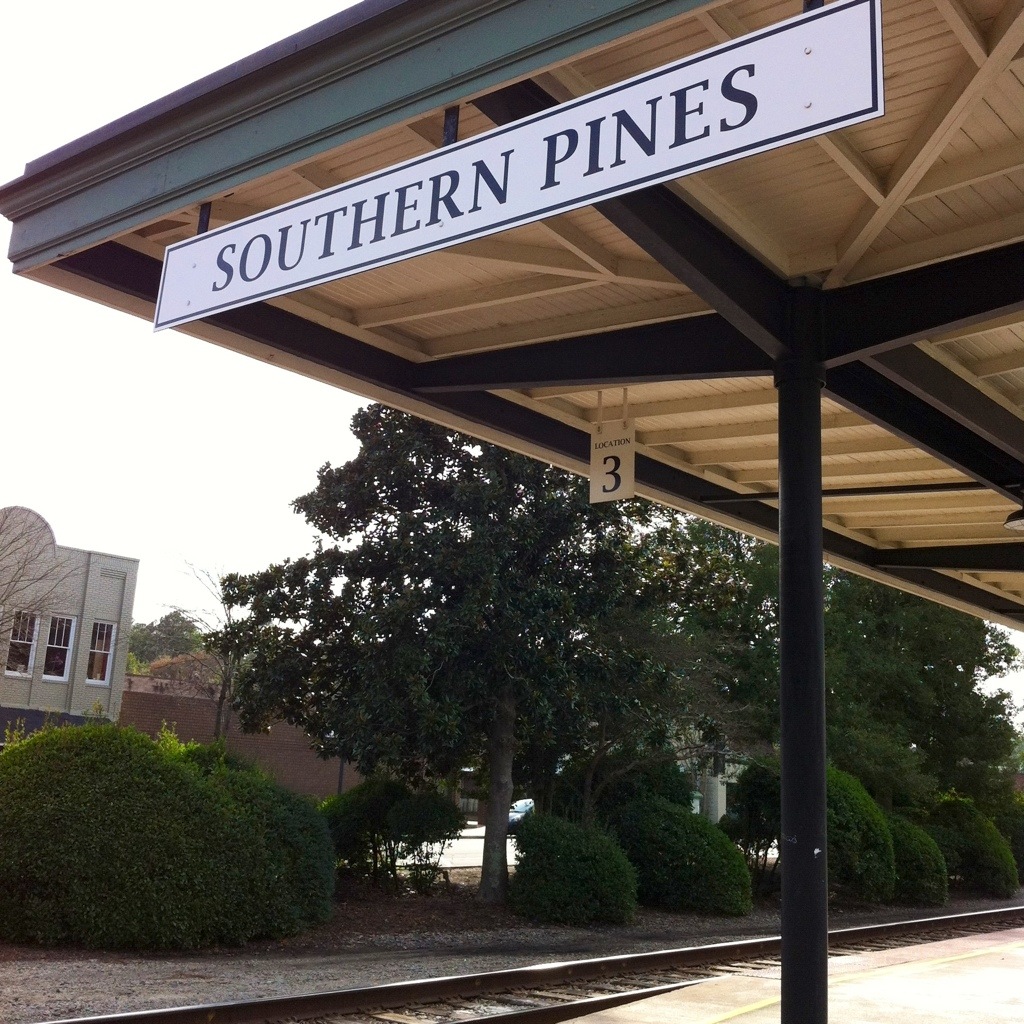 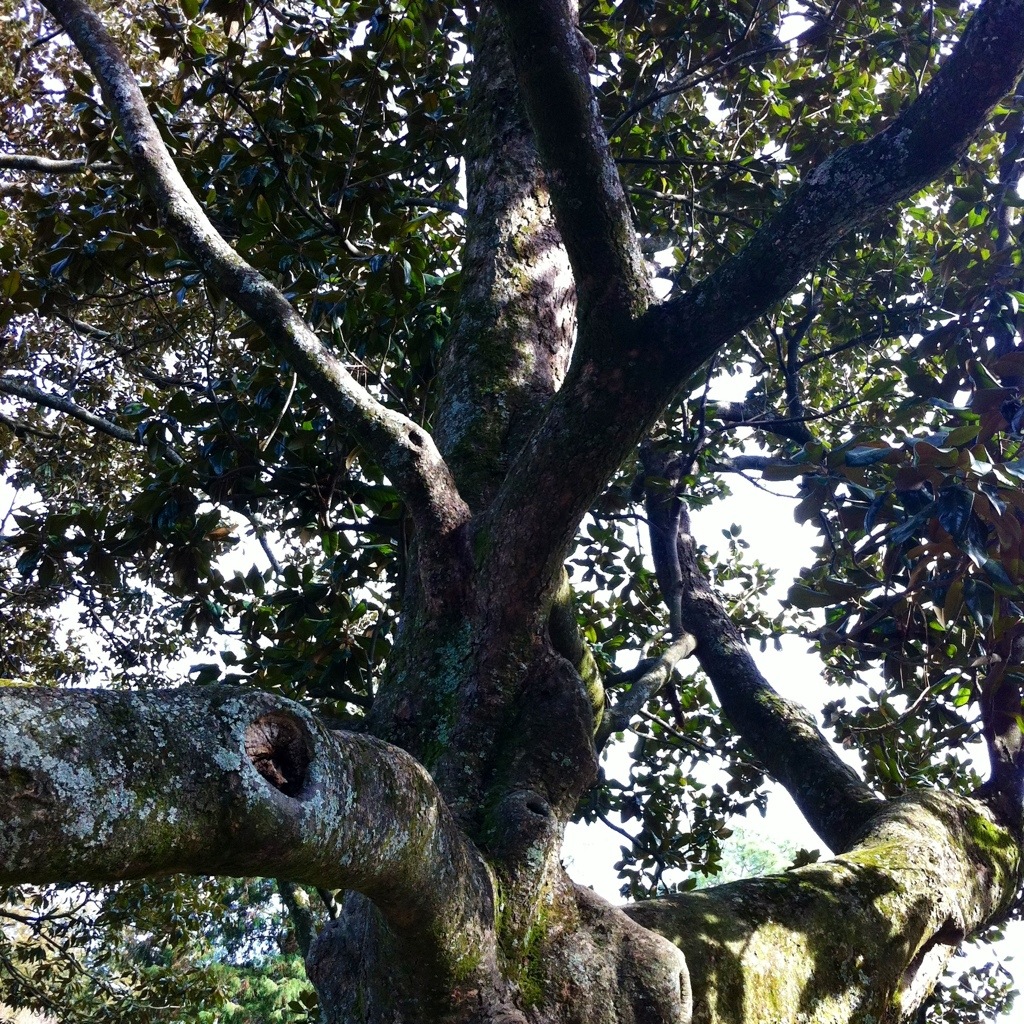 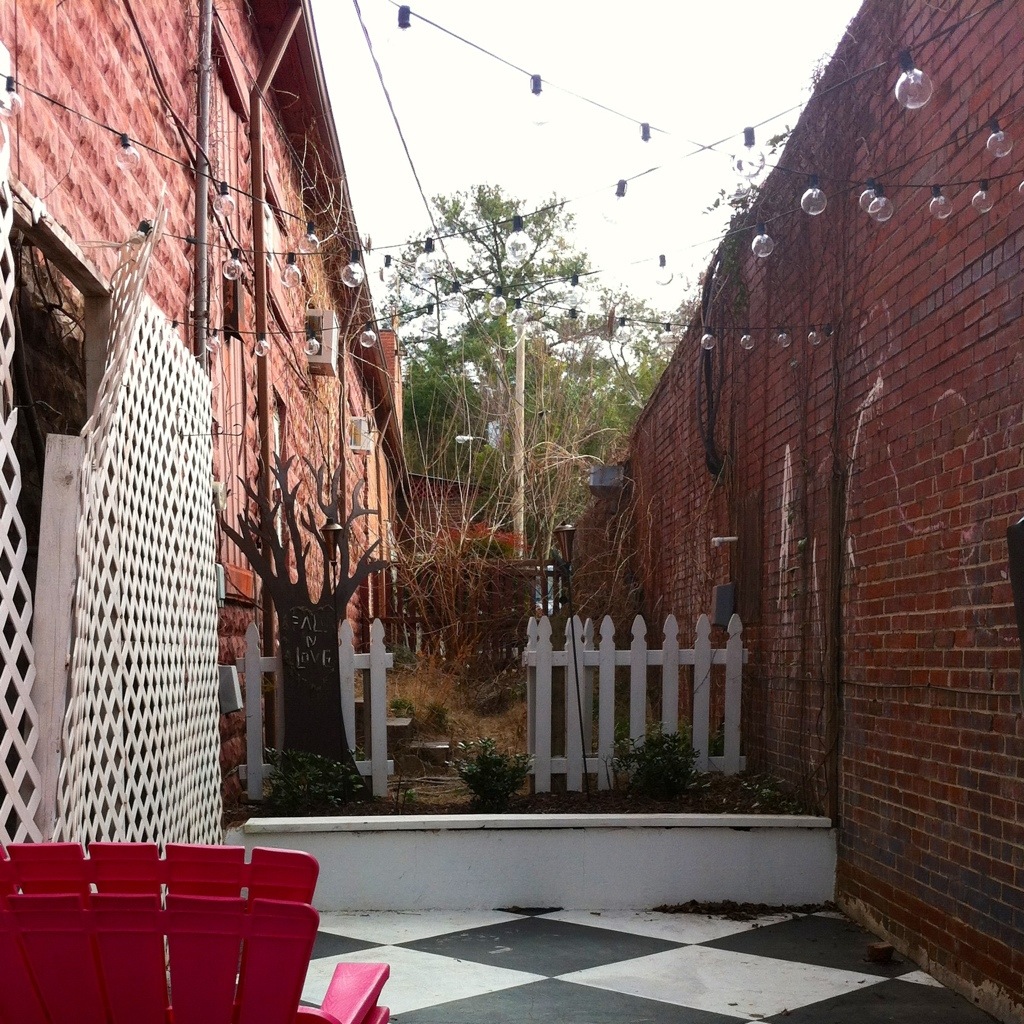 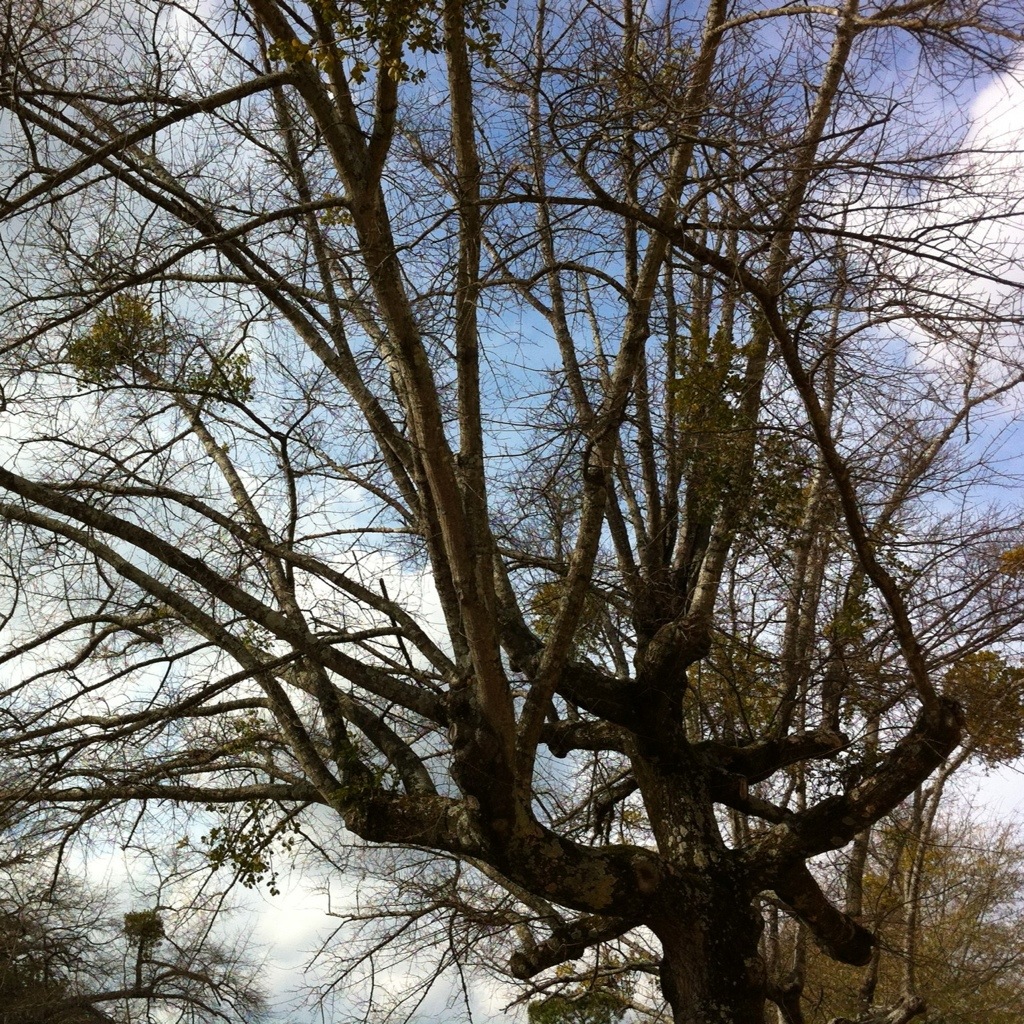 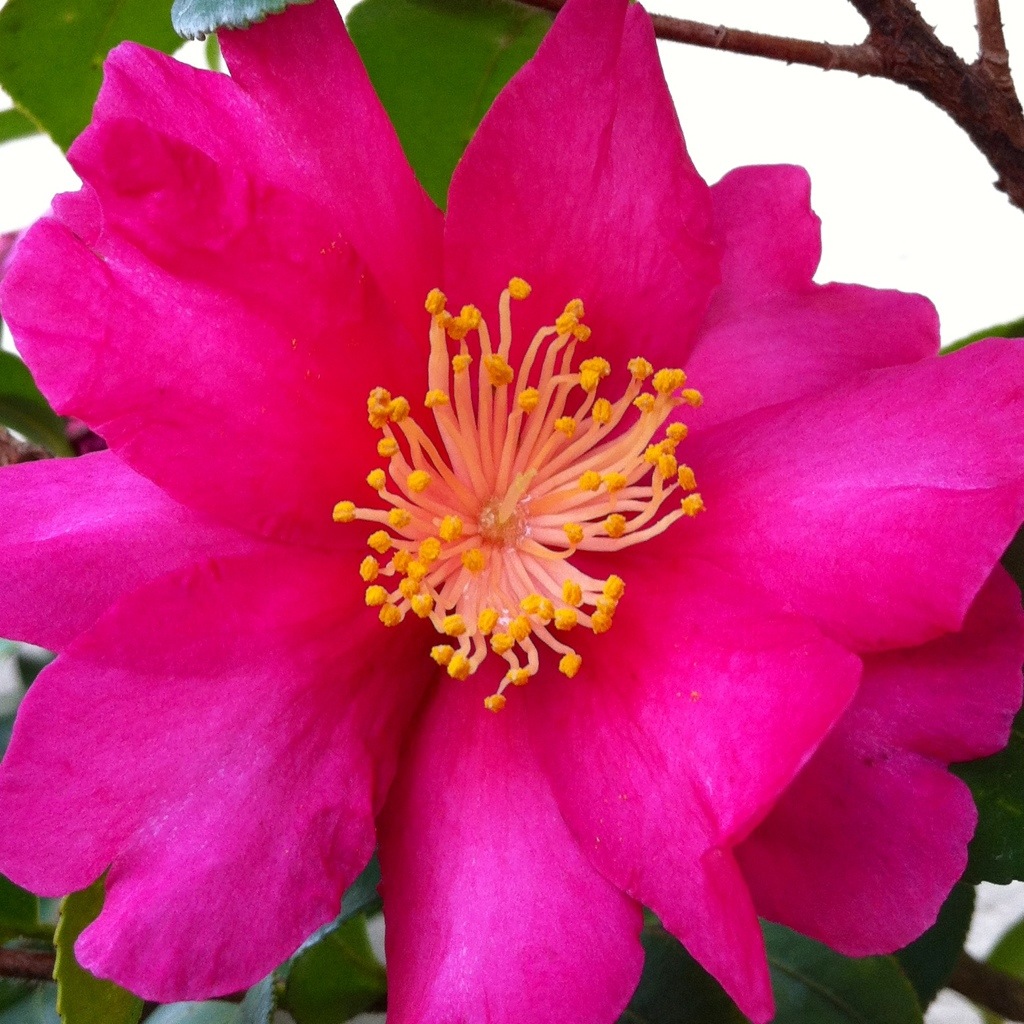 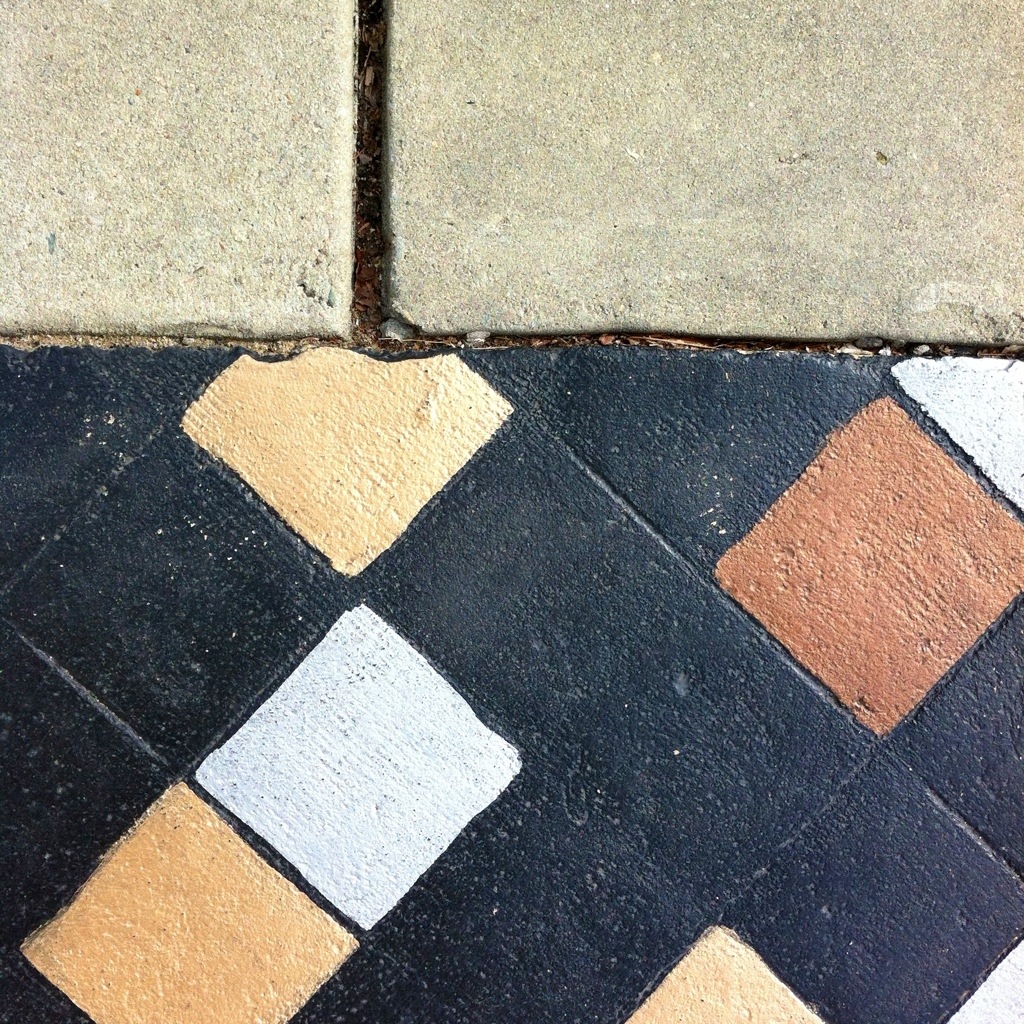 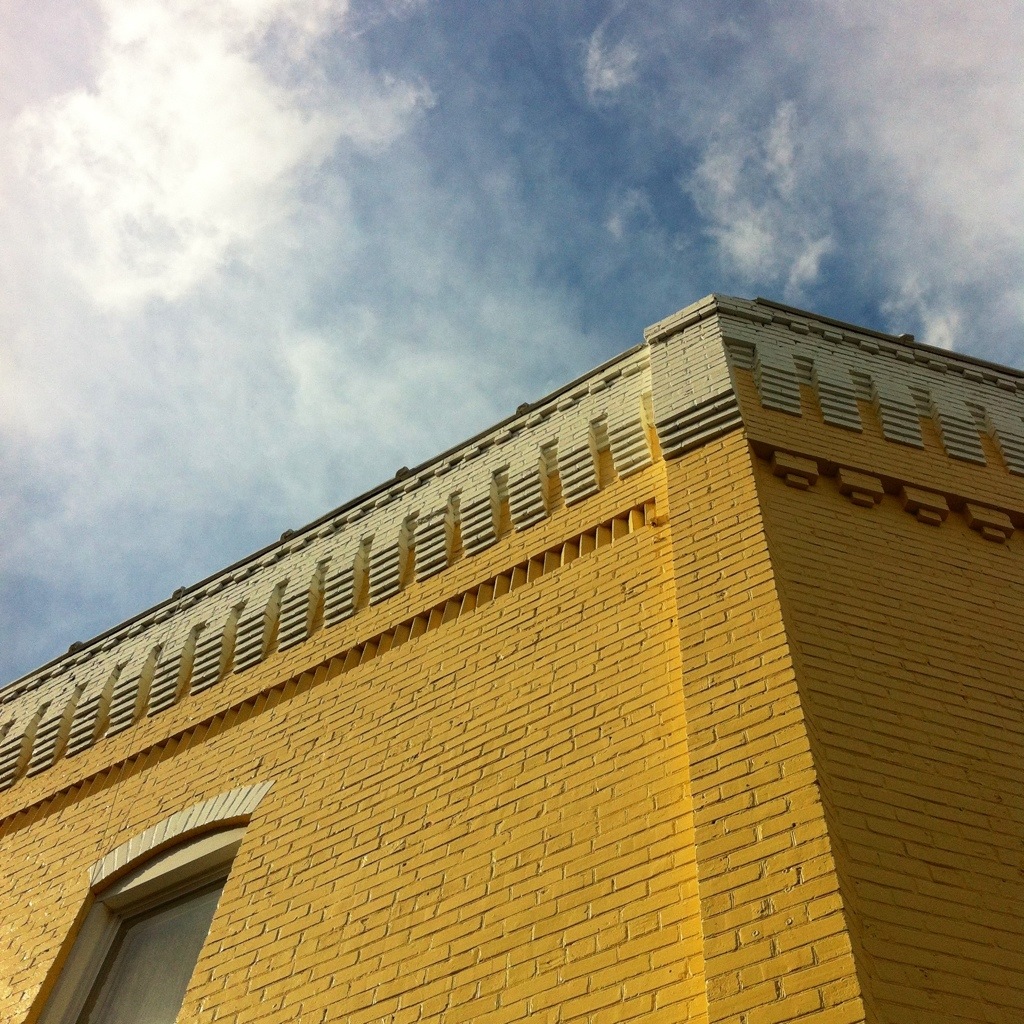 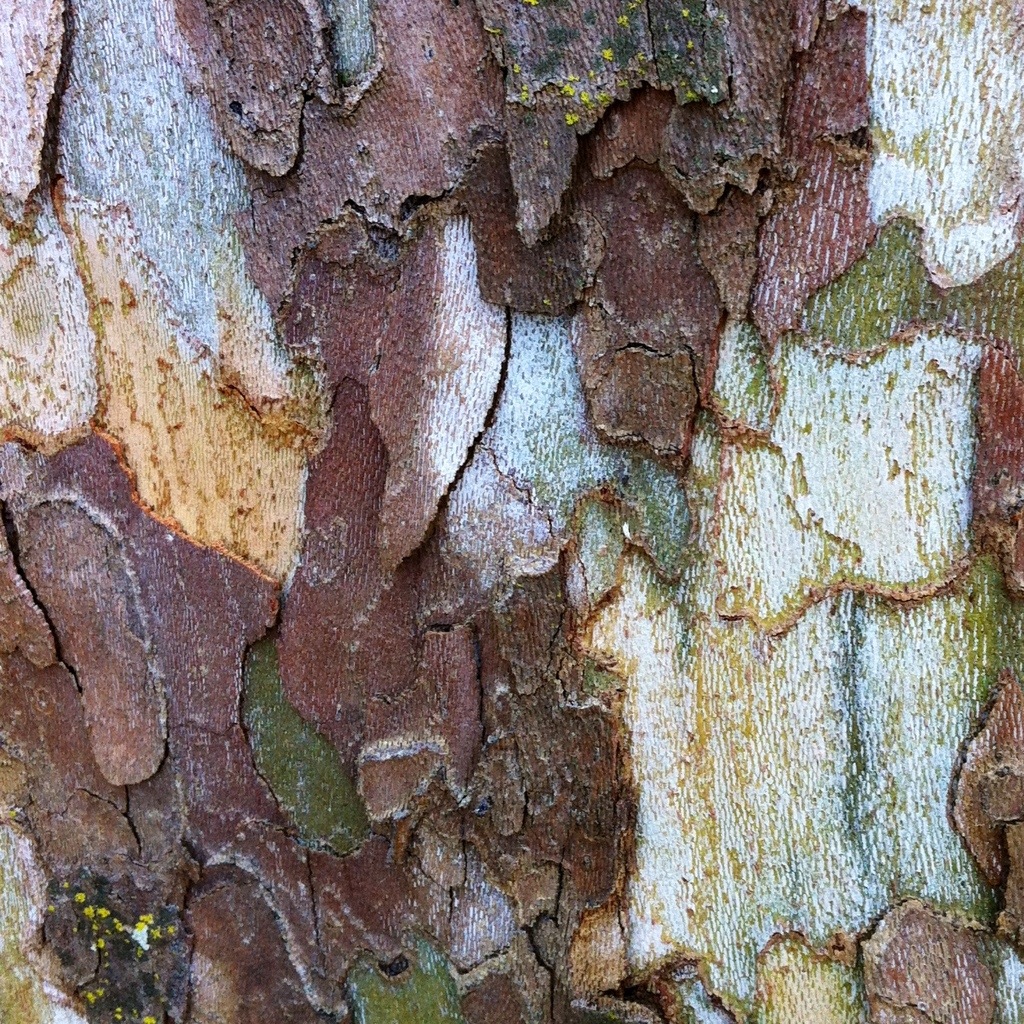 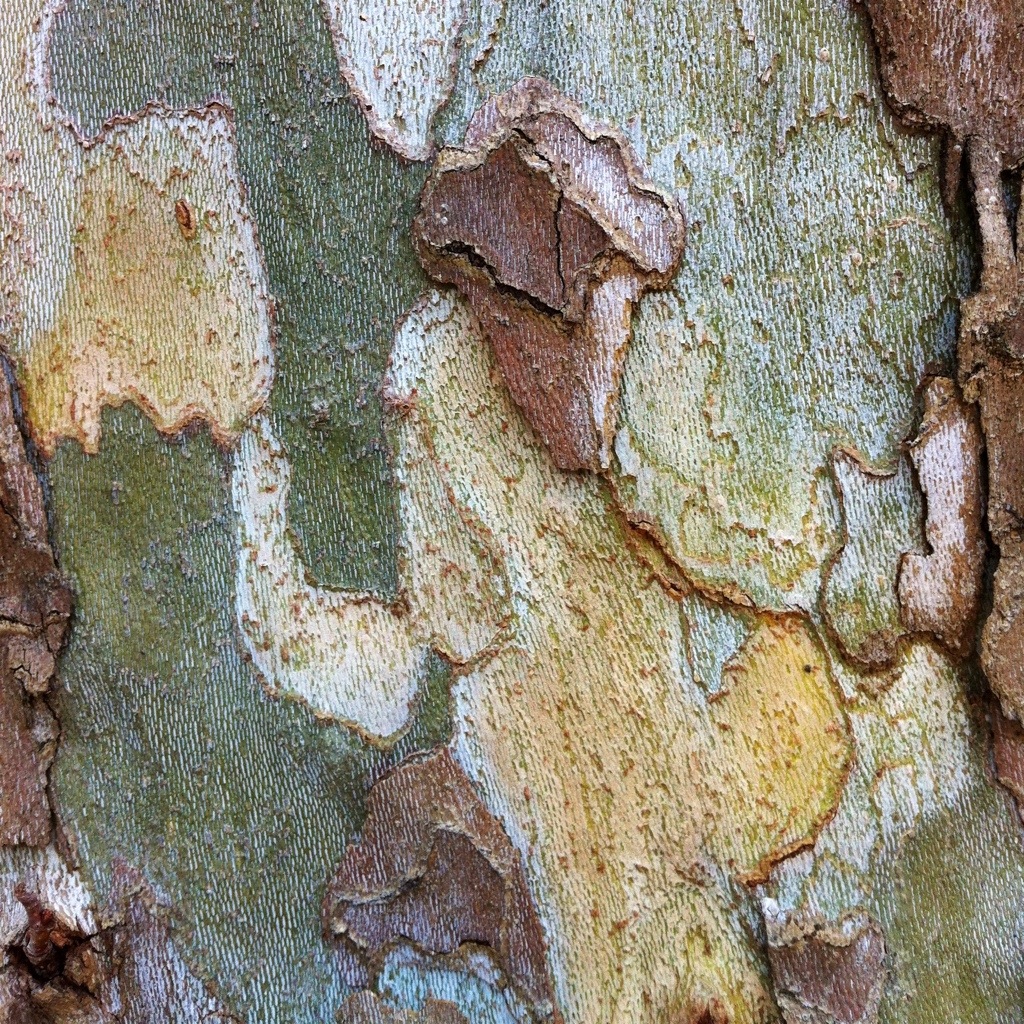 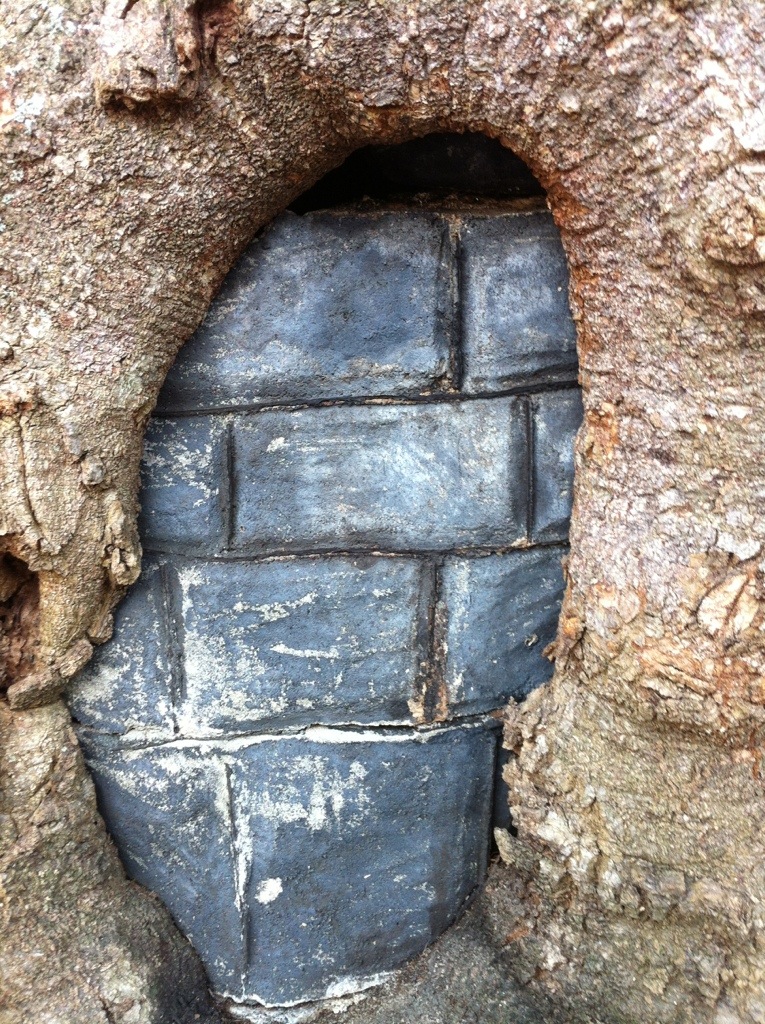 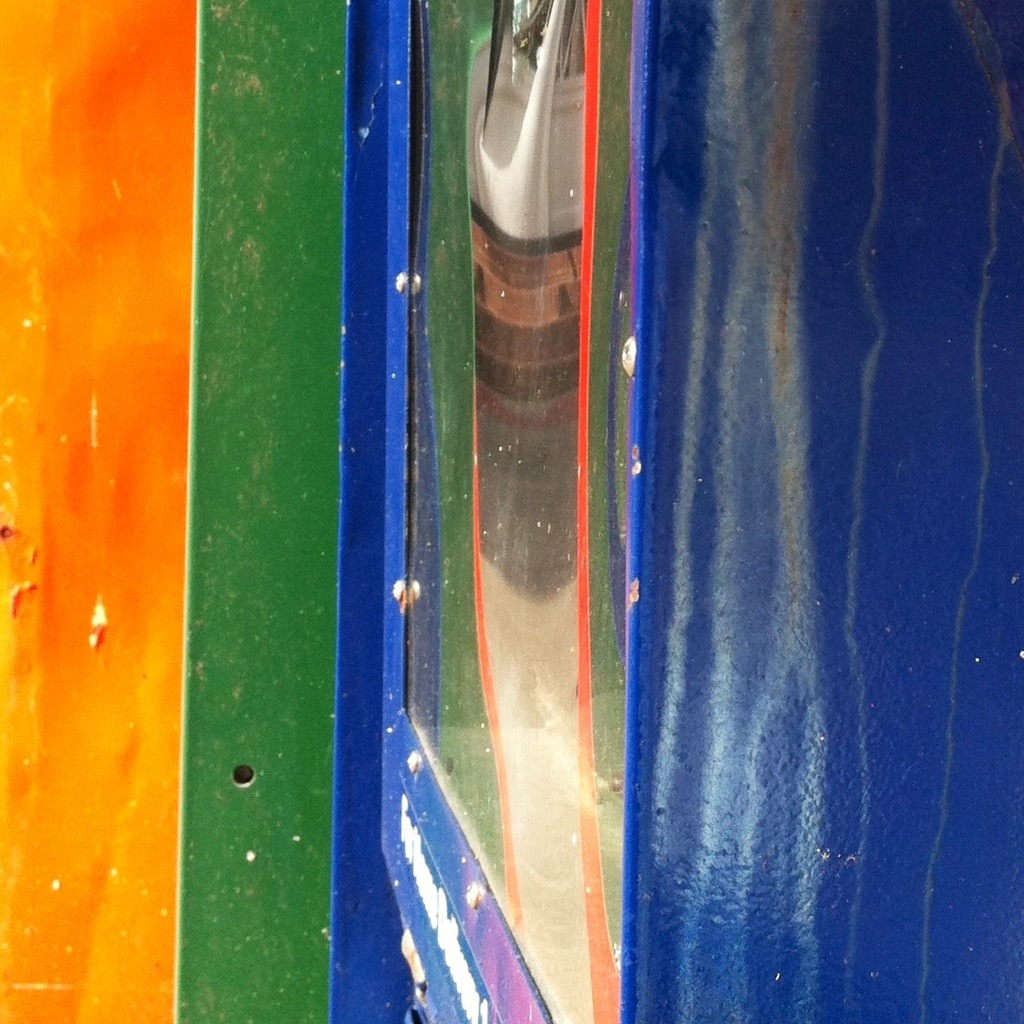 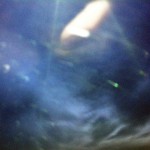 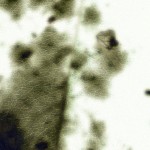 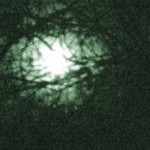 I’ve been think a lot about the ideal of perfection and making mistakes. I was sharing a story with another artist on Facebook about how I never delete any photograph that I take. Never ever. I often will flip through old files and see something new in a picture that had previously not met focus, or something that I can manipulate into some great digital art, or sometimes a little heavier post-processing can add a selling touch. All of the images above never were posted in their original state; they were the rejects. Until now.

Coincidently, I saw this video on my YouTube feed the same day:

Some key takeaways for me:
**Fear of making mistakes can cause us to never take action at all and never try.
**Everything is an opportunity to learn and to grow.

I can honestly say that some of my favorite photographs were not a result of me walking outside, turning on my camera, pushing the shutter button once, and uploading that image as a final print. Never ever. Looking at my mis-takes is precisely how I learned photography. I have not taken any coursework on photography or cameras. With the shutter, aperture, ISO, and other settings I took a lot of mis-takes to learn, and I would say that the same true for those with a degree. I believe that mis-takes aren’t even mistakes because they are exactly as intended. It’s up to us to change our perspective to see what we can learn from our rejection of something we created! 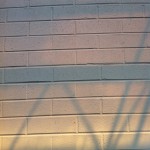 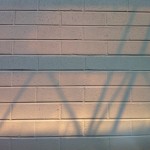 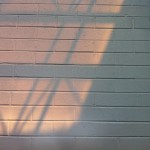 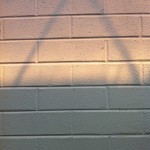 Shot in the afternoon sun, shadows of beams and rays of light onto a brick wall.

Keep up to date with artist, NATE METZ: photos, inspiration, digital artwork, updates, exhibits, and other info. See images of current work & learn the details and history behind archived works.

Look for me on a blog near you! 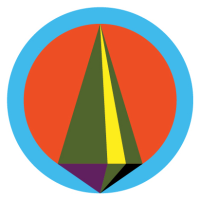